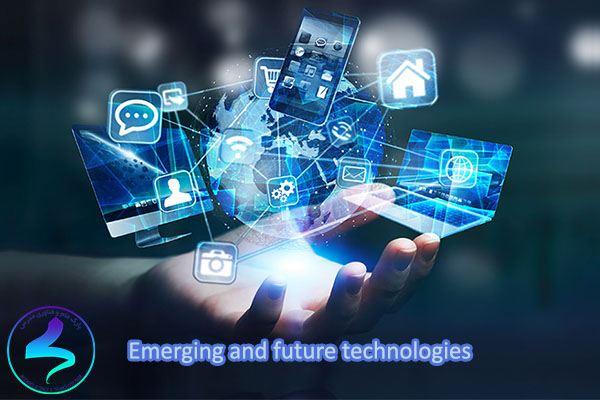 Technologies are developing day by day and getting enlarged. The combination of technologies leads to the appearance of “Emerging Technologies”. Digital implants, 3D printers, production lines with no workers, remote surgery, Quantum technologies, Artificial Intelligence in different fields, autonomous cars, and so many other technologies are part of the wide-spreading fourth industrial revolution. Human-like robots battles, Nuclear fusion reactors for energy generation, aging process inversion, and plenty others are some of the “Future Technologies”. Artificial Intelligence can cause dangerous situations for human beings; an analog supervisor is a solution for out-of-control machines with AI technologies. The secondary system can help us control the out-of-control machines; In this situation, the analog system takes control.

Planning is part of every project in the future and true information in different fields like science, technology, economics, industrial and etc is needed. The future of technology is discussable and they affect different other fields. Technologies have omitted so many workers from industries and there we have so many unemployees. It is also predicted that this elimination get extended in size and scope. Of course, the positive effects of technology are undeniable. From a political and economic point of view, countries which get behind the technology’s improvement rate, lose their position in the world. Decrease in income, decrease in investment in science and technology, decrease in commonwealth, downturn, and others are the consequences of ignoring technology. Digital implants, 3D printers with more features, Production lines without workers, remote surgery, Quantum technologies, different fields which contain Artificial Intelligence, autonomous cars, and so many others are part of this massive revolution. In this paper, we will get through some of the Emerging and Future Technologies.

Technologies are developing and enlarging every day and the combination of them leads to the creation of Emerging Technologies. Some of these technologies soon may become a part of our lives; some of them are written here:

Robots have been living with humans for years ago; Rescue robots, military robots, human alike robots, and so many others are different types of robots.

The MIT Cheetah: This robot is developed by a team of engineers at the Massachusetts Institutes of Technology. It is programmed based on a pair of an algorithm. Cheetah is like a cat; it can find its way and the best path even if the cameras went off and it can do it by touching.

DEAnsect: DEAnsect is an insect robot that can move its artificial muscles 400 times in a second and carry a load 5 times its weight. This new technology, called DEA, can be so applied in the future. DEAnsect can be used in detection operations or renovation in outland areas. The low weight of this robot which is about less than 1 gram has become a great privilege.

Ants Robots: Engineers have been developing robots like ants that can work in groups; different sensors placed in the stomach part and stereo cameras on its head give this robot different capabilities. This is the collective intelligence in the robot world which happens in a group of insects in the real world.

Building an artificial sun by Chinese scientists was one of the first steps of the road of Future Technologies. This artificial sun can turn hydrogen into cheap Renewable Energies and the temperature can go high up to 100 million-degree of centigrade.

Artificial Intelligence can bring so many dangers; Janelle Shane, an Artificial intelligence researcher,  talks about the danger and threats of this technology:

This was part of her speech in TED 2019 with the title of “ The danger of AI is weirder than you think”.

Recently there have been videos getting viral in which famous faces are talking they are not real! Deep Fake technology has been used in those videos. I’m pretty sure you can imagine the horrific consequences of this technology in your mind!